The Beast® Delivers For Hansen's Tree Service and Environmental Resources

ST. LOUIS METRO, MISSOURI –  In 1988, Hansen's Tree Service began as an extra side job on weekends for its founder, Jeff Hansen, and has developed over the past 30 years into a full-service tree care division that has also expanded into operations including recycling, mulch making, manufacturing, and composting.  In 2005 Hansen’s was recognized as the first tree-care company in Missouri to be certified by the Tree Care Industry Association.  Jeff's son Chad, the current president of the company, carries on the family tradition with a passion for trees, a need for superior equipment to support large grinding efforts, and very high expectations to meet the demands of his operations. 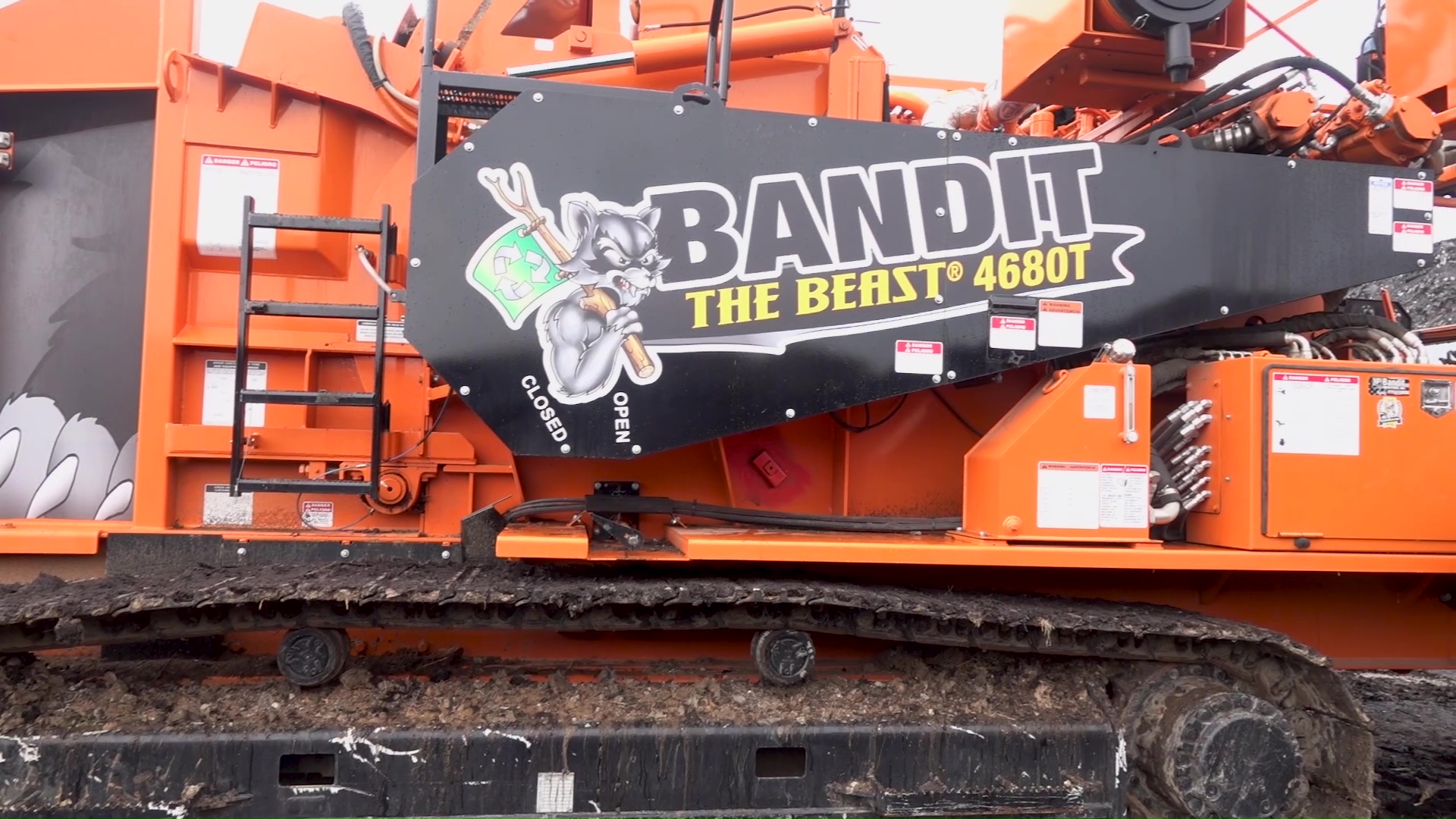 Bandit's midwest regional sales manager Ed Dodak and Bobcat Of St. Louis went onsite to present the Bandit Model 4680 Track Beast® Recycler to Hansen's Tree Service.  The Bandit 4680 Track has a patented 60 inch Bandit cuttermill and a 46 inch by 60 inch infeed opening.  Operators have the ability to choose from three speeds of the height adjustable discharge system and six speeds of the infeed conveyor, all controlled by a single remote.  While the 4680 can have engine options up to 1,200 horsepower, Chad witnessed the performance of a 1,050 horsepower engine in conjunction with the Beast's proportional feed system for this initial demo.  By choosing a self-propelled tracked undercarriage, this machine provides mobility around a large yard and the capability to access areas of remote jobsites where wheeled units just cannot reach.

Watch the video from the demo by clicking here 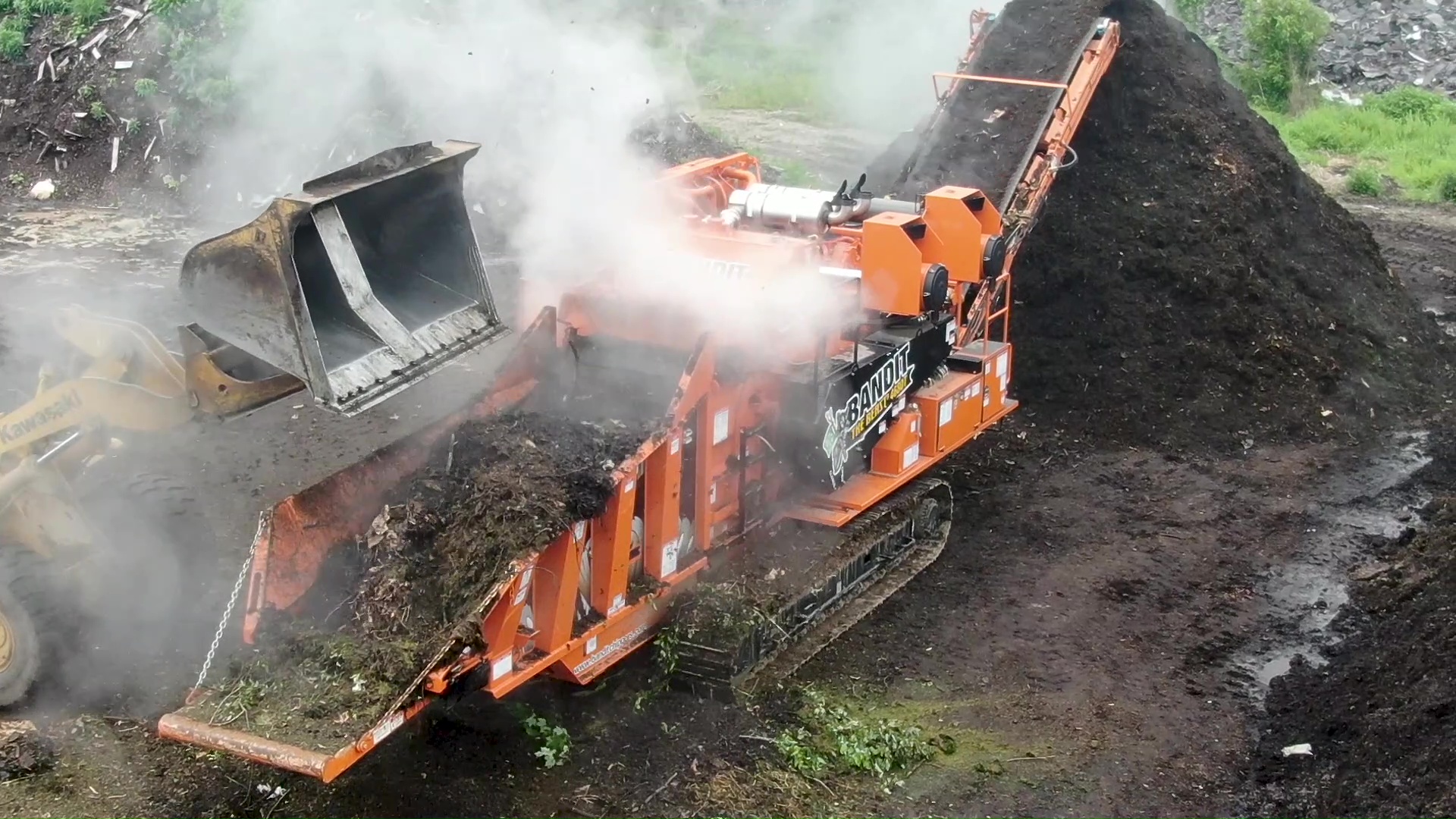 The versatility of The Beast® is unsurpassed.  Ed and his demo crew were reporting that they were processing 800-900 yards per hour of compost.  After a quick switch of the screens they were feeding logs and chunk wood, with an expectation of 400-500 yards per hour.  Then, another switch to for re-grind, where productivity can reach 500 yards per hour depending upon the material  and screens being used.  All in a day's work.

"So it kinda checked all the boxes that we're looking for and did it quite easily," were the words of Chad Hansen after demoing the Bandit Model 4680 Beast® Recycler.  Thus, they were blown away by the performance of it and took delivery of it a week later, despite initially having lower expectations based on other machines in the marketplace.

It (The Beast® 4680) checked all the boxes we were looking for and did it quite easily.

Chad continued to reflect on the demo.  "About an hour through that demo started looking at some of the other guys and realized that our wheel loaders weren't keeping up with it.  I needed to add another one to it. It was impressive.  It did a lot more throughput than what we initially thought it would," he said.  Throughput was amazing, practically double of that of a comparable machine.

Watch the video from the delivery featuring Chad Hansen here 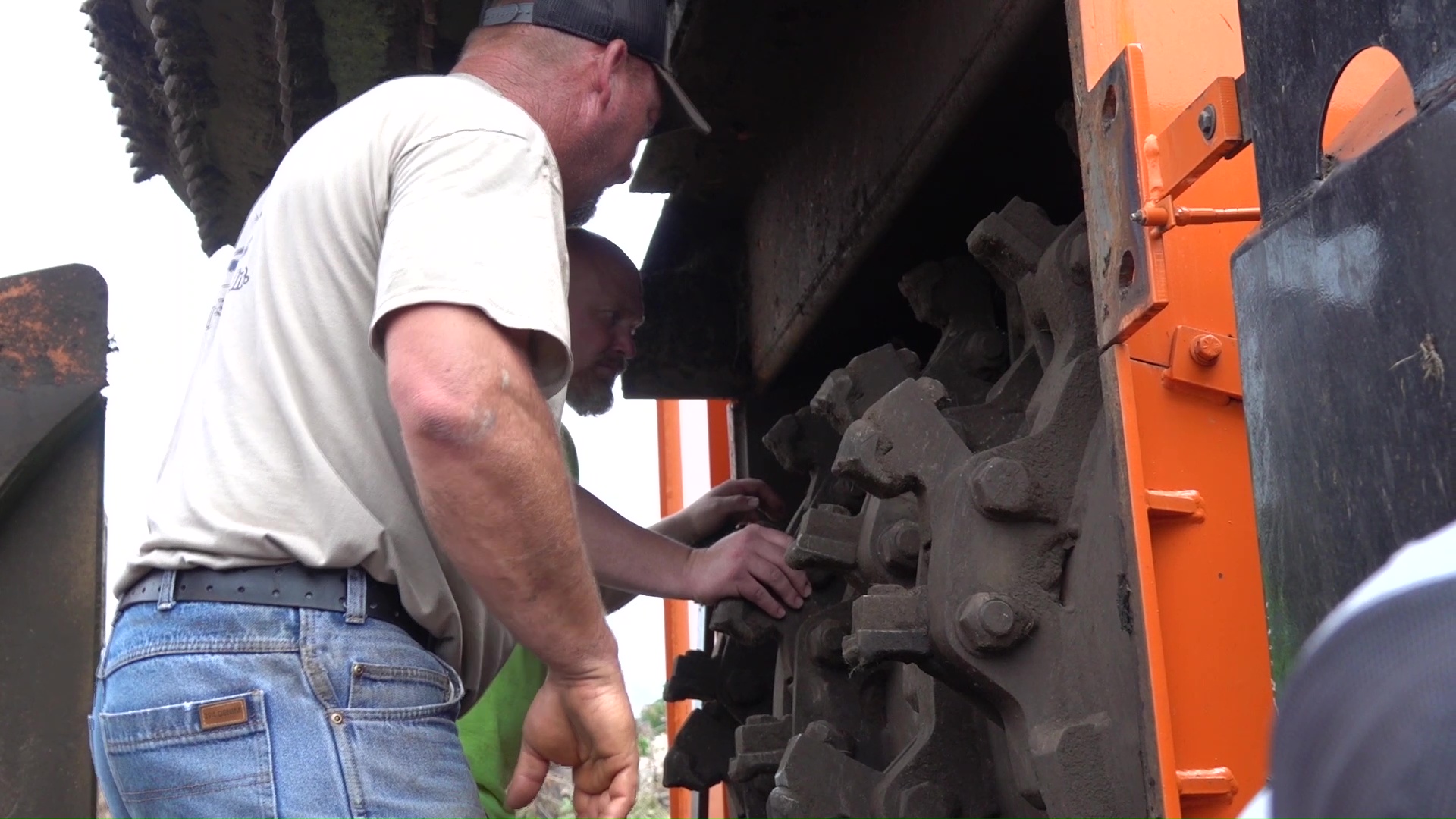 After opening the machine up to inspect wear, it was noted that it was very limited and not even close to the amount expected.  Chad was actually able to see that the teeth and the screens wore well.  The fuel consumption numbers were also impressive, further helping change his mind from another machine to the Bandit.

All machines can look good on a lot, but until it can be run long enough and put through the paces of its every day routine is where benefits of owning a Bandit will shine.  Whether turning large piles of waste wood into larger mulch piles, processing bulky chunk wood, cleaning up storm damage and debris after natural disasters -- those are only a few of the many applications that a Beast® 4680 can perform within.

Contact your local Bandit dealer today to see what The Beast® can deliver for you.